Mental Health First Aid Training Should Be a Legal Requirement

As we look back at the 20th century, it is clear that our understanding of physical health grew exponentially, from the now common use of X-rays to the lifesaving vaccines which have defined the past year in our battle against Covid. Our understanding of our physical health and our approach to ensuring we have skills across society to deal with emergencies ranging from how to disinfect a wound to cardiopulmonary resuscitation (CPR) have also improved. As we look ahead, I believe we have an opportunity to define the 21st century with a similar legacy in our understanding of mental health and wellbeing. That isn’t just in hospitals and care settings but across all our communities and workplaces. To do this we also need to tackle the absurdity of stigma attached to mental health and wellbeing.

This change has been important for a long time, but with the impact of Covid and millions returning to the office over the coming weeks and months, there has never been a better time for this change. It would be a small amendment but could have a huge impact. If not now, then we must ask ourselves: when? I have had the privilege of working alongside this country’s most devoted mental health campaigners over the years, and there seems to be a national momentum to see change around mental health awareness and tackling stigma following the past year. My Ten-Minute Rule Bill was designed to try and turn the greater understanding into something which could have a positive lasting impact for decades to come.

For decades, every workplace has had a designated first aider, and we have seen thousands of lives saved through CPR. And we ask ourselves today - how many more could have been saved if we just asked someone ‘how are you?’.

Just as workplaces are not just offices, workers are not just staff. They are our mothers, our fathers, our brothers and sisters, partners and loved ones. They are each and every one of us. Figures from FirstCare suggest that 2018 marked the first year where mental health related absences became the leading cause of lost working days. Even more worryingly, it is estimated that one in seven workers who have taken time off for Covid-related issues, will also in time take time off work due to poor mental health. With 63 per cent of workers leaving their job after twice taking time off work, we could see an exodus of workers from their offices.

The evidence is overwhelming - this is not just an emotionally charged mission, but one which is backed by sound economic reasoning. We cannot leave businesses vulnerable to their workers leaving before they’ve even had time to return. Equipping businesses with the right tools will be vital in changing the direction of Britain’s mental health.

When a health problem unfortunately appears, it is widely accepted that identifying that problem sooner rather than later will give the individual the best possible chance of making it through to the other side. Spotting those warning signs, signposting people to the right support could be what makes the difference. It is not a weakness to ask for help, it is a strength. As I stated in the Houses of Parliament during my Ten-Minute Rule Bill, “if suicide were a virus, we would be on the hunt for a vaccine. Likewise, if loneliness were a disease, we would be developing a cure”.

For workplaces across the country, they don’t have to wait for a legal change, they can support their staff today simply by having a dedicated mental health or psychological first aider trained up on their team. Doing so makes sense for the business, for team members and for our community. In doing so, you may not just save lives but also change lives for current and future generations. 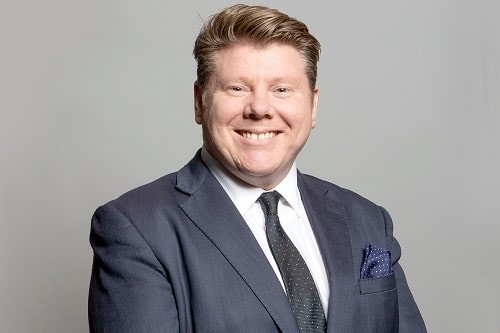 Dean Russell is the Conservative MP for Watford. He is also a member of the House of Commons Health and Social Care Committee and vice chair of the All-Party Parliamentary Group on Mental Health.

Keep Up To Date With Us

Be the first to hear about updates, special offers and events

We use cookies to provide you with a better online experience and for statistics and measurement of the number of visitors to our site and how they move around it. By clicking “I accept” you agree to such purposes.